A short outview to the possibilities of Mongolian development
by Kai Ehlers, researcher and writer, Germany
held on the congress of Mongolists
in Ulaanbaator from 5th to the 12th of August 2002.
The speech was written on the 8th of August during the congress.
It will be added to the congress papers.

Please allow me to introduce myself: My name is Kai Ehlers.
Necessary to say: I´m not a Mongolist, working at University or some special institute; I´m a writer, a publicist, a private researcher, trying to understand today’s transformation – starting in Russia, continuing in Mongolia and central Asia, ending with principle questions of the relationship between globalisation and cultural and national identity.

Although I´m not a Mongolist then – I´m glad to take the opportunity to speek to you, even if it will be a very short speech, as by some misunderstanding I did not know in advance, that I was supposed to have this speech and so only yesterday evening succeeded to write it.

I should explain why I´m glad to speak to you, of course:
I took part in the last congress five years ago. That time I only listened to the speeches, and put questions to participants; after the congress I made researches in the country itself – listening too, this time to the people.
And I may give it to you as a compliment: I learned a lot about today’s transformation in general and about Mongolia’s situation especially by listening to all these knowing and openly speaking people of the congress, and I learned a lot afterwards by speaking to people living in Ulaanbaator and on the countryside, to all these people going around one big question: Where Mongolia is going to and if it will be able to modernize, more exactly said: If Mongolia will be able to find a transformation, which combines modern western industrial life with former soviet and traditional ways of living and understanding of the world, especially if it will be able to find a way to a modern way of nomadic life.

One main thing I noticed already at that time: Mongolia will go it`s own way – BY ALL MEANS. There is no other way. It can´ t be a copy of the western industrial world; this has already been proved by the end of the soviet way of industrialism and urbanism, which was sort of a younger brother of western industrialism, a younger brother, who always wanted to be equal with the elder one and so tried to force things.

Of course I noticed the BUT, too, because there is a big BUT, of course:
I want to say, that Mongolia will find it´s place as a modern nomadic Society only then, when the surrounding world does not disturb it`s development, moreover – when Mongolia finds help from the outside.

THIS TIME – at the 8th congress, which is dealing with the question „Mongolia and the surrounding world“ — I take the chance not only to listen, but to talk to you, because I think I noticed something on my fifteen years lasting way through Russian transformation, which could be worth while to know in any country of the earlier soviet world – and finally not only there, but within the whole process of today´s changes, which are called globalisation.

I would like to put it in this way:
Observing Russian transformation from Michael Gorbatschov to Boris Jelzin, from Boris Jelzin to Wladimir Putin, who is already more of a traditionalist, I found, that a simple copy of the western industrial way of life, like it was brought out by IWF, World bank, including Russian early reformers shows out to be not possible – may it be the American way of life, may it be the German, the Swedish, the French or any other model of so called free market. This free market does not work; it is not, what people want, even if they are fond of democracy and private property; it does not develop at any place – besides Moscow and some big cities. And even in Moscow there is no free market of western type – and will not be. Some special Russian structure shows to be stronger than the ideology of the free market, at least as equal to it. Some specific Russian capitalism is growing, which combines traditional Russian and Soviet structures of social and economic and mental collectivism with new forms of participation in the global market. Russian pupils of the Moscow „School of social economics“, namely the rector of the school Theodor Shanin, teaching economies in Manchester as well, call this the EXTRAPOLAR EKONOMY. It does not work according to classical laws of capitalism of the western type, but follows it`s own laws. The sense of it could be concentrated in the sentence: Money is not all; money is not the only equivalent, but there are values like – mutual favour, connections, moral debts and other forms of equivalent, which do actually work in the Russian society.

I want to give two examples to you:
First: There is the big Russian concern GASPROM. Everybody knows it. GASPROM is a MULTI of a modern type – but yet it is bound to these extrapolarian roots in the grounds of Russian everyday-life and traditional structures – which means: The staff and workers of GASPROM don`t live only on salaries, but on basis of their private gardens, their „Datschas“, their local connections, their moral debts and so on.
There is the second example: Today earlier collective farms, sovchos and kolchos – those which overcame the collapse of agriculture – exist only by combining collective way of work, collective economy like before with the new private form of shareholder organisation and a private economy of families, which is based on their gardens, own animals and so on.

Sort of symbiosis between collective, big, industrial structures and small, private, family-based subsistencial structures has developed in post-perestroika Russian economies. I want to say: Some new reality is growing in Russia, which is not the former soviet – and not the so-called free capitalism. What is coming out of it at long terms is a matter of further serious investigation, especially if You consider, that even western market economies are not really free, but strictly regulated – but one aspect seems clear to me without any question already today: What we find true in Russia, will be more true in Mongolia, as Mongolian traditional social structures are doubtless still farer away from urban capitalism than Russian, of course. Some new combination between traditional nomadic structures and structures of industrialism of the western type will grow, including desasted earlier soviet structures. Let`s say like this: Urban industrialism will not only transform nomadic life, but nomadic life as well the capitalism of today.

Remains the question: HOW? What may be the results of mutual transformation of urban industrialism and nomadic life?
This is, of course, a matter of future investigation, too. But – coming to the end of my speech – I very shortly would like to point out some observations, which can be made already now and which are worth, I hope, to be discussed:

1. Nomadic societies have always been sort of an impulse for the urban societies to develop new mobility. This may occur today, too. In the past this impulse occurred and realized itself by wars. Today it may occur by cultural diversication of global capitalism. Nomadic life may show itself as the strongest power in this process of cultural diversication of capitalism.
The fundamental meaning of this is: Transformation of the capitalism towards a new mobility and nomadic life towards a modern economy, bases on new techniques of today – without liquidation of nomadic culture.
The example for this may be: The Ger with sun collector on one side and a new way of mobile housing and techniques in the industrial centres on the other. In this sense Mongolia, owning the most developed nomadic culture in the nomadic world and situated between different settling cultures from the East and from the West, may not stay only a Buffer between China and Russia, as it is now, but become an impulsator, maybe even sort of a leader of a principle mutual transformation of local cultures and economical globalisation. In political respect Mongolia may develop as an alternative towards Afghanistan, which means, it may become the peaceful variant of the principally inescapable conflict between industrial urbanism and nomadic or half-nomadic cultures, developing as a political and military neutral zone between China, Russia, America, India an Europe and thus forcing a multipolar new order of our today´s world.

I thank you for listening and I hope, that we can have a little discussion. 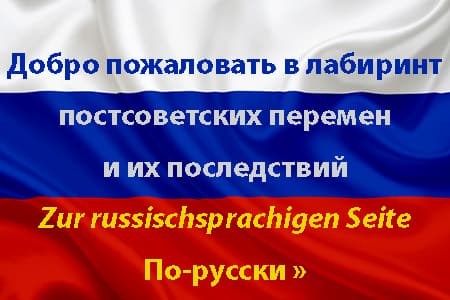 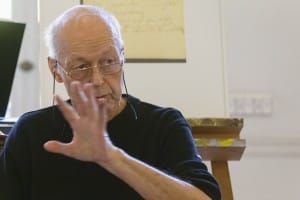 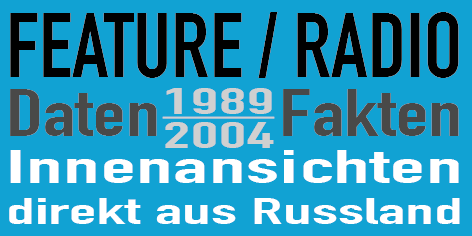